I have been involved in various films.

When the soul of a nation dies

When the soul of a nation dies is based on Easterine Iralu's epic poem about Nagaland. The political history of Nagaland in recent times began with British colonisation from the 1800s.

Occupation by India in 1947 after the British left has resulted in an unresolved struggle for freedom by the people of Nagaland. The long struggle is being threatened from within by Chinese Marxism, which crept in in the 1980s.

The film mirrors the tragedy of an occupied country fighting the twin wars of sovereignty and an internal factional war, while its people aspire for peace.

I've also contributed to other books. 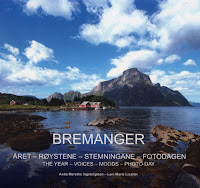 A collection of poems contributed to this book about Bremanger. The poems were translated to Norwegian and used with selected pictures, and the original english poems are included as an appendix.

Jewels and Ashes: Vienna's Exhibition on the Nagas


This is an exhibition of Naga artefacts, textiles, handicrafts and videos. The main body of the exhibition is from the collection of Austrian anthropologist Christoph Von Furer Haimendorf from the 1930s, additional items were acquired from Nagaland by a research team between 2009 and 2011.

Read my report on the exhibition here: Jewels and Ashes: Vienna's Exhibition on the Nagas.